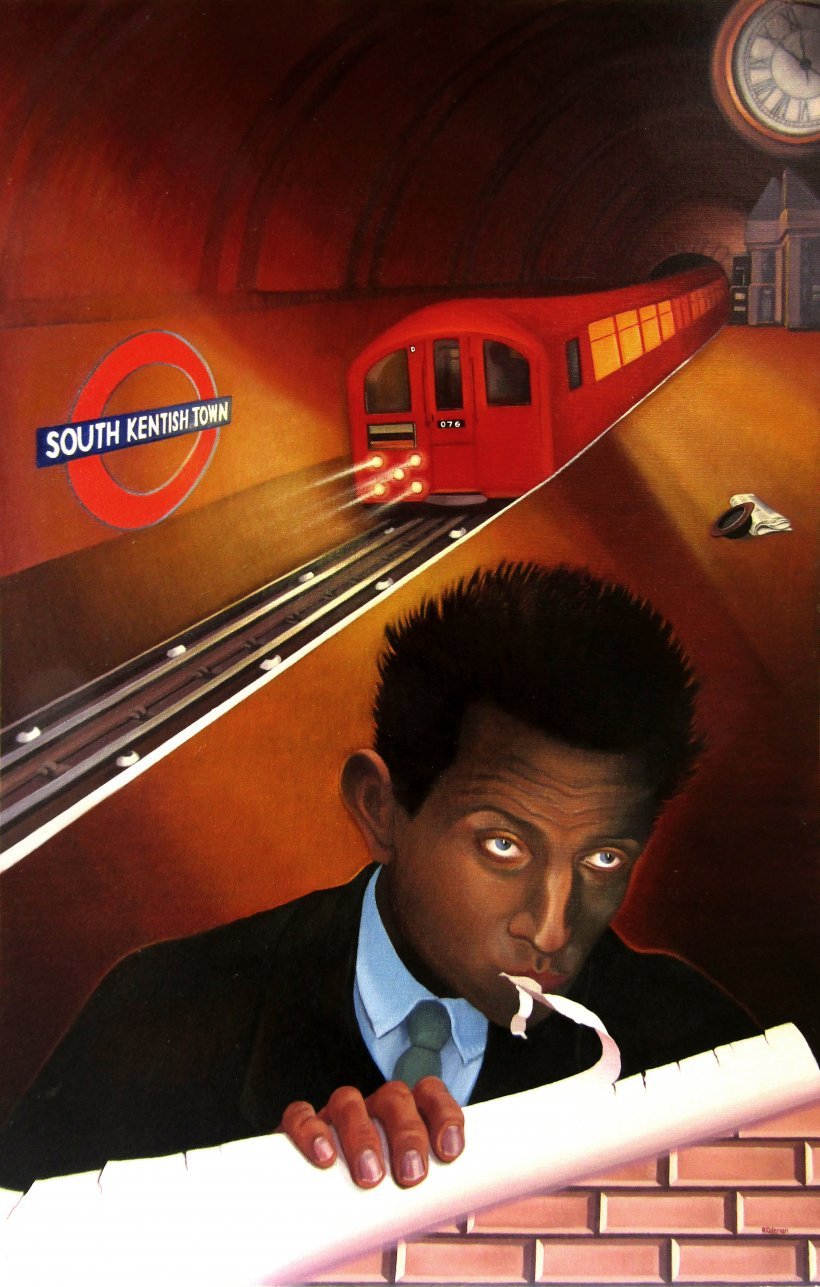 Rebecca has created many artworks celebrating the London Underground, but this is a painting with a difference. It's inspired by a 1933 poem about a commuter, Mr Brackett, who accidentally alights at a closed station and is stranded in the dark, eventually - in desperation - resorting to eating posters from the wall.

South Kentish Town station, on the Northern line, closed on 5 June 1924 during a strike, never to re-open. It is said that, not long after closure, a train was stopped by a signal here and a passenger got off. Although the gentleman had little trouble stopping a following train, the story seems to have entered the folklore of the Tube, embellished in the re-telling.

The tale gained new life in 1951 when John Betjeman broadcast a radio story about a man - this time named Basil Green - who similarly got off a train by accident. It seems the idea of being trapped in the Tube - a scary netherworld yet so close to civilization - is something that really grabs the imagination.

In retelling the story once more in the form of this painting, Rebecca has taken a few liberties: the roundel design is modern, the train is 1938 stock (not the Gate Stock that would have served the station in the 20s) and the whole image has become one of the very posters that Mr Brackett has resorted to consuming.

"When morning came he started on his hands and knees to crawl,
And made a lot of progress 'till his forehead hit a wall.
Then he sat and chewed a poster which was advertising "port",
But the paste upon it proved a most unsatisfying sort.
All day upon the platform Mr. Brackett quietly fumed,
His mind was full of pictures of the day he'd be exhumed"
(T.W., T.O.T. Staff Magazine)