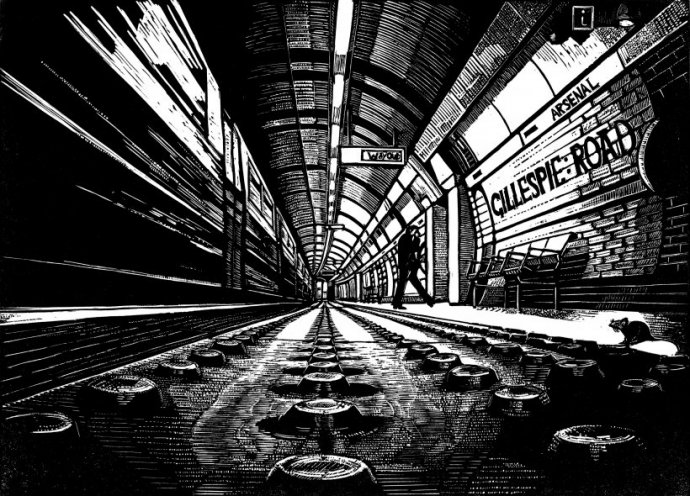 A rat's eye view of Arsenal Station on the Piccadilly line of the London Underground. The foreground is dominated by the distinctive truncated domes of the platform's tactile strip.

This is the only Tube station to be named after a football club. However, until 1932 the station was called Gillespie Road, and the original wall tiling still bears this name.