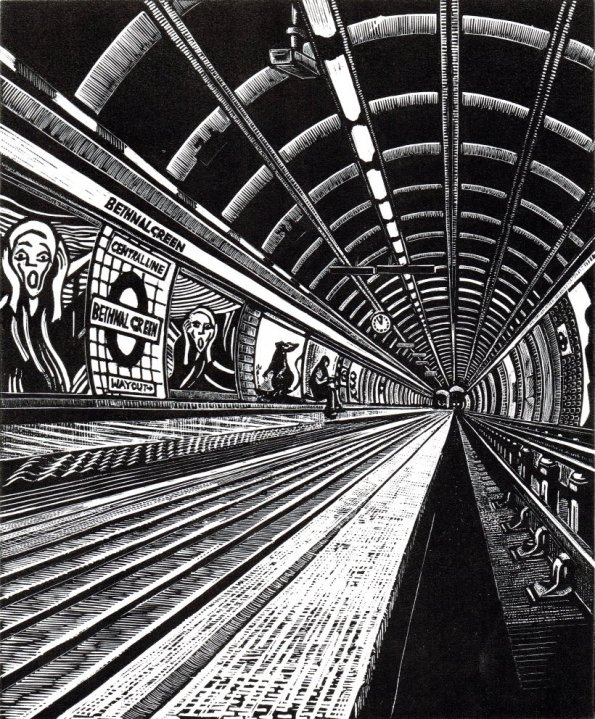 One of a series of original wood engravings exploring the dynamic atmosphere and distinctive architecture of the London Underground. This piece depicts Bethnal Green station on the Central line - quiet, save for a lone figure and the distant glow of a train's lights in the tunnel.

As a former Tube commuter myself, I know that - packed full of busy travellers every day - the Underground can very easily be taken for granted. By choosing unusual angles and perspectives of near-deserted stations, my aim in this series of artworks is to help the viewer to rediscover and better appreciate these incredible subterranean man-made structures.

In some of these pieces I have substituted great artworks for the stations' advertisement posters. In this case, Edvard Munch's The Scream echoes a tragic episode in Bethnal Green station's history, when it was used as an air raid shelter during World War II. On 3 March 1943, 173 people lost their lives in a crush while descending the steps into the shelter.
• more art about...london underground